iPad on the beach and overheating problems 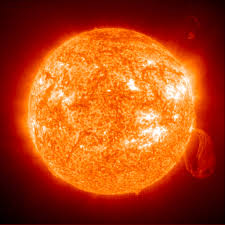 There are circulating reports that some Apple iPads are overheating at the beach. Would you want to take your iPad to the beach? If you're a bookworm, then maybe you can't help yourself. However, if you're sitting on a hot beach and your iPad is in direct sunlight, then the unit may power off to avoid heat damage. After all, the device doesn't have any fans that run to keep the device cool. It's not like your laptop that has a spinning fan to get rid of some of the hot air. Maybe someone needs to develop an iPad cooling system.

According to several reports, there's a lawsuit claiming that the iPad overheats in warm conditions (like the beach). The case is Baltazar v. Apple Inc., 10-03231, U.S. District Court, Northern District of California (Oakland).
Posted by Unknown at 5:07 AM