Dreaming about my next computer 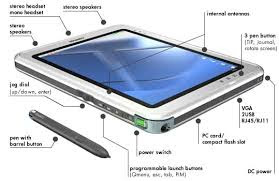 I had a strange dream yesterday. Perhaps it was triggered because of the recent rumors regarding the Apple Tablet (or giant iPod touch). Who knows? In any case, I was dreaming about a super-slim tablet (about as thin as the Amazon Kindle) that has a color screen and multi-touch display. The thing was very light, and very fast. It was so slim that I thought it was a slate, but then the tablet opened up to reveal a full-size keyboard. The entire thing was thinner than the MacBook Air and I just couldn't believe it! And then I woke up. Oh well, for now I'll have to settle for my Lenovo Thinkpad X200 tablet PC which isn't super thin but it probably has most of those other features.
Posted by Unknown at 2:01 PM