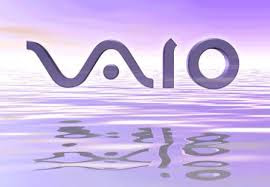 I have a Sony Vaio laptop. However, it doesn't have a touch screen. They've had a history of making some great mobile computers, but we have yet to see a true tablet PC from Sony. I'm not counting the Vaio UX series when I'm talking about touch screen.

Well, there are circulating rumors that Sony will come out with a Vaio that has a touch screen. Windows 7 integrates some nice "touch" features, so whether this touch screen is built into a desktop or a laptop, it will be a nice feature. There's a part of me that wonders if all future computers will have some type of touch screen. Perhaps computers in the future will primarily rely on voice recognition and touch. No keyboard, no mouse. Can you imagine that?
Posted by Unknown at 2:27 PM