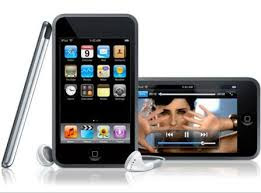 The big question in my mind is this: will Apple unveil a tablet this year? Or will we have to wait until 2010 (or potentially later)? If Apple reveals a tablet, how big will it be (rumors are very inconsistent here). Plus, what operating system will be on this device? (maybe it will have both the iPod touch OS and Mac OS X).
Posted by Unknown at 5:34 AM