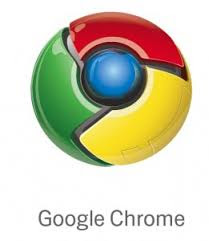 PC World has a nice post about the 5 best and 5 worst features of the upcoming Google Chrome OS. On that list, my favorite "best" is that we should see extremely fast boot times on devices running Chrome OS. 3 seconds! That's almost faster than resuming from standby.

The biggest "worst" feature in my opinion is that we don't know how well Chrome OS will work if you're offline. In the future, it may be difficult to imagine working offline since we'll always be connected. However, that future is still far away. We're still living in days where many people don't have constant access to the Internet when they're working.

So, how would I rate my level of enthusiasm for Google's Chrome OS? For health care professionals looking for a lean OS for their netbooks and ultra-mobile PCs, this OS should be a good alternative to Windows XP if you're primarily performing web-based tasks. Since many Electronic Health Record (EHR) systems offer an ASP (application service provider) option, you need to have Internet access if you want to use your EHR out of the office. If you don't use an ASP model, you'll need a VPN when you're out of the office. In either case, netbooks and other small PCs will gain popularity as clinicians recognize the need to have access to a computer when they're out of the office or hospital. They'll want something small, light, and efficient. Will Google's Chrome OS fill that gap?

To read the full story on PC World, click here.
Posted by Unknown at 5:09 PM