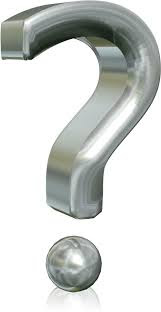 The two acronyms have the same letters, but in different arrangements. Can you see why people may get them confused?

Who came up with UMPC anyways? It's hardly used these days because the UMPC movement really never took off the ground and netbooks have swept the nation. Now, if a tiny tablet or other form of miniature PC appears, people are more inclined to call them "netbooks."

To add to the confusion, we're now seeing a major movement in digital book readers like the Amazon Kindle and the Barnes and Noble Nook. As these devices evolve and incorporate color screens and Internet capabilities, how will they get classified? What will people call Apple's new iSlate tablet? Will they refer to it as a tablet PC? (I doubt that) or a giant iPod touch? (I doubt that too). They certainly won't call it a UMPC or a digital book reader (even though I'm sure it will be capable of displaying e-books).

We're causing mass confusion by adding more acronyms and names for these small gadgets that don't really fall into the category of "laptop" or "smartphone." Let's hope that 2010 is a year when we'll develop some type of standardization on this whole topic.
Posted by Unknown at 3:44 AM