Touch but no multi-touch 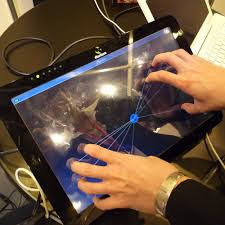 I'm currently using an older Lenovo ThinkPad X200 tablet PC that has a touch screen, but it's not a capacitive multi-touch screen. Instead, it's a passive or resistive touch screen that only allows input from a single touch point. The tablet also has a Wacom Penabled digitizer, so I'm not limited to the passive touch screen.