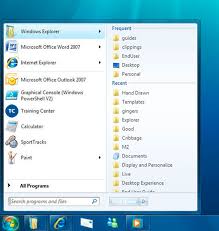 Microsoft has been kind enough to send me an e-mail about the Windows 7 beta test. The note indicates that the "Beta expires on August 1, 2009. On June 1, 2009, the PC you’re using to test the Beta will begin shutting down every two hours."

I'm currently running Windows 7 RC on my Samsung ultra-mobile PC (UMPC) because it runs so much better compared to Windows Vista. The RC version will run into 2010, so I won't be annoyed with automatic reboots. I've also been meaning to install Windows 7 RC on my OQO model 02, but now with the recent news about the death of the OQO, I'm not sure if I'll ever see drivers for Windows 7.
Posted by Unknown at 6:42 AM