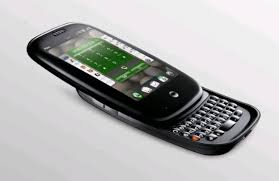 This has been a topic of debate for a long time. People are trying to use their smartphones as mini computers. There are magazine advertisements and television commercials out there about using smartphones to "work from phone" (instead of work from home). What can you really do on a smartphone?

As smartphone operating systems become more powerful, they are essentially turning into mini computers. People are running Microsoft Office on their smartphones. Windows Mobile comes with mini version of Word, Excel, and PowerPoint. You can run these same applications on other devices through third-party software vendors.

As cloud computing becomes more prevalent in the healthcare industry, the use of netbooks and smartphones may get incorporated into standard operating procedure (SOP). Maybe those people who are over a certain age will be exempt from using these machines that rely on tiny screens. Image source: slashphone
Posted by Unknown at 4:02 AM