Does the Viliv S5 have problems with heat? 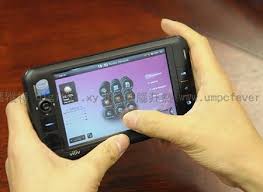 The Viliv S5 is such a tiny computer that I wonder if it has any problems with heat. My OQO model 02 has a pretty loud fan that does a decent job at keeping the entire thing relatively cool. Too bad liquid cooling technology hasn't been adopted for these tiny little computers yet.

Heat can really damage computers. Don't ever let your computer get too hot. It can ruin your hard drive (which stores all your data) and before you know it, you'll be shopping for a new one. Portable computers have some of the biggest problems with heat. Heat can also quickly ruin lithium ion batteries. That's why I remove the battery when I'm using my OQO via AC power. Most laptops place the battery away from any major heat sources. With these tiny computers or ultra-mobile PCs, you can't avoid placing a battery near a heat source. As a result, these batteries probably end up having shorter lifespans.
Posted by Unknown at 10:23 PM