Ways to use a dying laptop 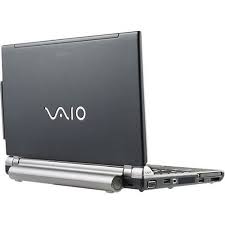 I have an old Sony Vaio laptop that's slowly been dying over the past few years. It began with some occasional unexpected shut downs. Now, I'm getting the blue screen of death (BSOD) even when I'm trying to reinstall Windows. I'm fairly certain that the problem is rooted in a bad motherboard. In some ways, I'm surprised that it's lasted this long. However, now I feel that this laptop is finally on its way to the grave. So, I could sell it for parts. Perhaps I could modify it so that I can use it as a digital photo viewer. I've done that with some really old laptops. Since the LCD screen works fine, perhaps that's what I'll do at the end of the day.

The trouble with mobile computers is that they are often more prone to problems due to physical trauma. Laptops get dropped. They fall off desks. You carry them around and they endure extensive vibration, even if they're in a bag. Portable computers simply don't have the same level of reliability compared to desktops that hardly ever get moved around. Perhaps as mobile computing technology improves and we rely on fewer moving parts (like those found in hard drives), we'll actually see some reliability improvements over time. The irony in my case is that the defective part in question is RAM - no moving parts there.
Posted by Unknown at 4:50 AM