Is a smartphone a pocket computer? 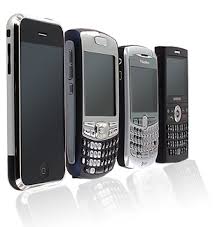 How do you define the word "computer?" Here's how Webster defines it: a programmable usually electronic device that can store, retrieve, and process data.

Today, so many devices and gadgets qualify as a computer if you choose to follow the Webster dictionary. Of course, most of us expect that personal computers will run an operating system such as Linux, Mac OS X, and Microsoft Windows.

We now have specific terms for simpler devices that don't run a complete OS. The line between a mobile internet device or MID and smartphone is getting blurred all the time. At what point will a smartphone replace all these ultra-mobile PCs (UMPCs) and micro PCs that are emerging? I often wonder about the role of these pocket-sized computers that run Windows XP, Vista, or 7. Does that really make sense? Or is Google Android sufficient?

For some people, the smartphone has become their pocket computer. They check e-mail, use Microsoft Word, Excel, and PowerPoint, and they browse the Internet. You've seen those commercials on television where people are using their smartphone to stay productive outside of the office. Is that realistic? Are people actually doing that? How productive can you be on such a small device?
Posted by Unknown at 8:44 PM