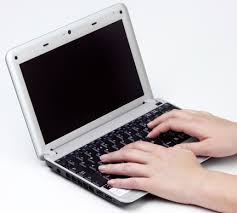 If you thought a netbook was a cheap laptop, think again. Smartbooks are now appearing that are in the price range of $100-200. These devices are running similar processors that are found in smartphones.

Imagine taking a smartphone and putting a large screen and a really big keyboard on it. Now you have a smartbook.
At the end of the day, I think smartbooks are going to flop. That's just my opinion.
Posted by Unknown at 3:17 PM