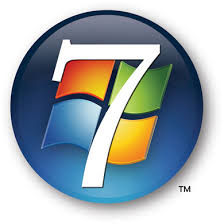 Windows 7 is probably the best operating system developed by Microsoft. When Vista was released, I don't think many people would have said that about Vista. Well, Service Pack 1 or SP1 will be coming out in the distant future and it sounds like it will mainly consist of some minor fixes, tweaks, and enhancements. I don't think we're going to see significant changes to Windows 7.

To learn more about SP 1 for Windows 7, visit the Windows 7 Team Blog.
Posted by Unknown at 3:26 PM