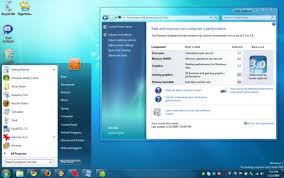 It's no surprise that Windows 7 is the fastest selling Operating System (OS) created by Microsoft. I'm a huge fan of Windows 7 and I think that the folks at Redmond did a great job with this OS. I wasn't a huge fan of Vista, so I was running XP on most of my machines. I still run XP on some of my older PCs, but I run Windows 7 on all my mobile devices and tablets.

According to PC World, Microsoft has sold over 90 million copies of Windows 7.   I still remember beta testing Windows 7 RC on some of my machines.

Get ready to upgrade your old PCs if you plan to stay current on modern software. Microsoft Office 2010 is coming soon and if you've got an old PC, then you may have some trouble using newer applications that require larger amounts of RAM and more processing horsepower. I wonder how the slow netbooks will run some of these new apps.
Posted by Unknown at 3:21 AM