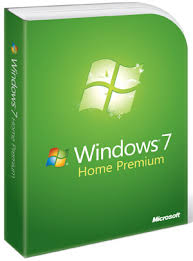 According to several reports, Windows 7 is Microsoft's fastest selling OS in the history of the company. Microsoft has sold 90 million copies! Perhaps it's not a surprise given that Vista was plagued with bugs and other problems. I'm running Windows 7 on most of my PCs that used to run Vista. I still have one PC running XP and another running Vista. Of course, I also have some machines running Mac OS X and Linux.

So, have you been using Windows 7? What do you think so far? Has it lived up to all the hype? I've been happy so far with the performance and stability of Windows 7.
Posted by Unknown at 8:02 AM