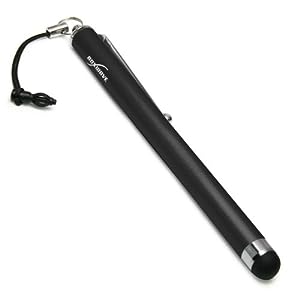 I love my iPad, but I miss inking on a traditional tablet PC. That's why I'm now on the hunt to find a nice stylus pen for the Apple iPad. There are a variety of them out there, but which one is the "best" one?  It can't be too easy to make a functional capacitive stylus.  Maybe that's why some of these pens have gotten poor ratings by users.

Right now, there are several options out there including:
What's been your experience with these stylus pens? This weekend, I plan to visit my local Apple store so that I can test some of them out.
Posted by DrJosephKim at 11:51 PM