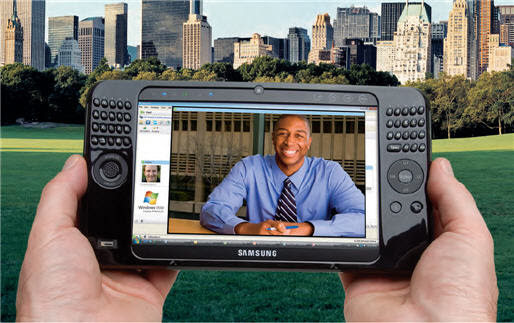 I'm happy to report that Windows 7 (build 7077) actually runs quite well on the Samsung Q1 Ultra UMPC (or Q1U, for those who like to differentiate them from the original Samsung Q1). I had tested a few of the earlier builds on my device and they did not work well at all. Somehow, the engineers at Microsoft have refined Windows 7 so that it actually runs fairly well on a slow machine that has an 800 MHz processor. I've been pleasantly surprised by Windows 7, so I've removed the Vista partition on my device and I've replaced it with Windows 7. I still have XP as a backup, but over the next few weeks I'll be mainly using Windows 7 to see how well it works on my mini tablet device.
Posted by Unknown at 2:06 PM