The evolving tablet PC for the health care industry 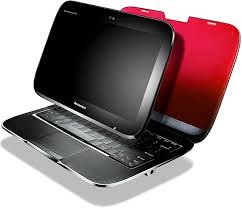 When some of the first tablet PCs came out, they were heavy and expensive. Some are still heavy and expensive, but the tablet PC market has certainly shrunk. Slate tablet PCs are rare and we see the vast majority of people using laptops or convertible tablets. Several U.S. medical schools require medical students to use a Lenovo ThinkPad X200 tablet PC. Sorry, but if you're an Apple fan, you'll need to use a PC if you're in one of those schools.

So, how has the tablet PC evolved in the health care industry?
I believe that tablets will gain tremendous traction in the healthcare industry. Once physicians realize that they can be much more productive by navigating directly on the screen, they will be inclined to switch to touch/pen-based computing.
Posted by Unknown at 3:57 PM