A few days with the Kindle Fire 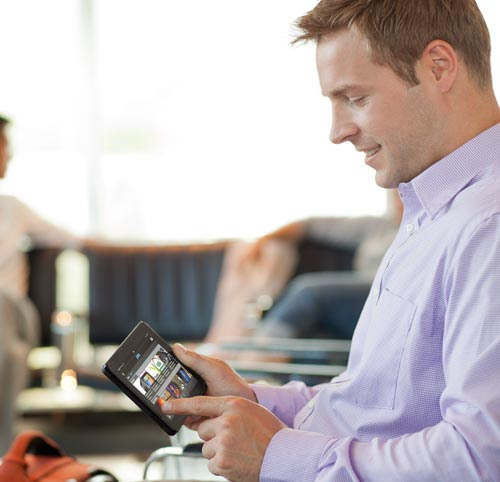 The Kindle Fire is an Amazon tablet that is based on the Android operating system. Over the holidays, I had the chance to spend a few days with this small 7" tablet and enjoyed playing around with it. It has a full color screen, is capable of rich multimedia, and has Wi-Fi so that you can browse the web and check your email. Plus, if you have an Amazon Prime membership, you can view unlimited streaming videos (movies and TV shows) on this device through a Wi-Fi connection.

One of the major downsides of the Fire is that it's not a traditional Android tablet. You're limited in terms of the types of apps you can install. Plus, the device lacks other features such as a built-in card slot for micro SD or SD cards. Given that it only has 8 GB of internal memory, you may miss that expansion capability that's often found in most other Android tablets. The Kindle Fire also doesn't have a built-in camera.

But, for $199, it's a really good deal for a super-portable entry-level tablet that you can use for reading books, watching videos, checking email, browsing the web, and playing games. Don't expect this to replace your iPad or Android tablet for professional use. If you look for medical apps on the Kindle Fire, you won't find many. You won't find popular medical apps like Epocrates or Medscape in the Kindle Fire App Store.
Posted by DrJosephKim at 11:24 PM