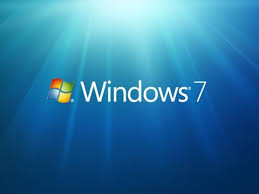 Microsoft has announced that Windows 7 RC (release candidate) will be coming in a few weeks. May 5 to be exact. The RC version is not the final version, but it's very close. The big question is: will this version be available to the public, or only to developers? I've been running Build 7077 which is rumored to practically be the RC version and it's been a great experience. I'm waiting eagerly to run Windows 7 on my Lenovo Thinkpad X200 Tablet.
Posted by Unknown at 8:32 PM