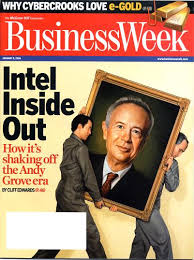 BusinessWeek has a nice story titled, "Microsoft vs. PC Makers." Here's the headline by Cliff Edwards: "A battle is shaping up over pricing of the new Windows 7 as both sides struggle to profie while hardware prices fall."

We all know that Windows 7 is coming out this fall. However, we don't know how Windows 7 will be priced on these new computers. As the average price of notebook computers continues to fall each year, consumers are expecting to find machines that are less expensive. This is one of the main reasons why netbooks have been so popular among students (including medical students). If you're not a gamer and you're not doing intensive multimedia, then a netbook may be enough to let you run your favorite e-mail client and the Microsoft Office suite of applications.

The average price of a notebook was $1,420 in 2004. It's now $788! The average notebook is actually CHEAPER than the average desktop. Can you believe that? If Microsoft doesn't price Windows 7 strategically, perhaps we'll start seeing more computers shipping with Ubuntu, a free Linux distribution that is gaining popularity. Perhaps Google's Android will appear on more netbooks. Maybe Windows XP will continue to live beyond 2014 and set some type of record as the operating system that never dies. I personally hope that Microsoft prices Windows 7 in such a way that it makes up for its embarrassments in Windows Vista.
Posted by Unknown at 3:36 AM