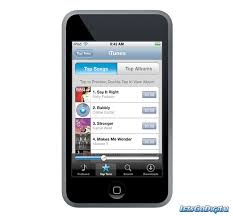 The upcoming giant iPod touch (Apple tablet) may be running the iPod touch OS (operating system). I doubt that it will run the full version of OS-X. The iPod touch OS may not be ideal for something as large as this upcoming tablet unless it's purely meant to be a multimedia device. I'm a pen-based computing guy, so I don't think the iPod touch OS alone will be sufficient for me. I need something more robust that allows me to run work-based productivity software. Maybe Apple is "beta testing" the tablet concept with this first generation model. I won't be surprised if subsequent models run a more robust OS that will allow for some type of pen-based computing.

Speaking of pen-based computing, this may be difficult if the upcoming tablet has the same type of screen that's currently found on existing iPods and iPhones. Although there are some stylus pens available for capacitive touch screens, the capacitive touch screen isn't the most popular type for pen-based computers. So, will the 2nd or 3rd generation models employ some type of dual-input screen? (capacitive and Wacom-based active digitizer?) Maybe by then, Apple will release a full Mac OS-X -based tablet computer.
Posted by Unknown at 8:35 AM