Do you plan to get an Apple iPad? 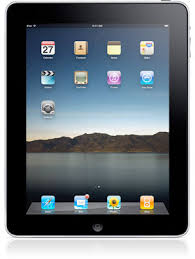 I'd be really tempted to buy an Apple iPad if the price was significantly lower (say by $100-200). I can't justify the purchase at the current price and I'm hoping (probably dreaming) that Apple will reduce the prices on the iPad to punish early adopters and to succumb to industry pressure placed by other hardware manufacturers like HP and Lenovo. After all, HP is releasing a "Slate" this year and it will probably be priced lower than the iPad. Lenovo has an exciting hybrid tablet (IdeaPad U1 Hybrid) that has definitely captured my interest.

So, do you plan to buy an Apple iPad? I know several people who have signed up and they'll probably be the first ones at the stores. I know more people who are "undecided" at this point. I'm not in such a hurry because I'd rather wait and purchase a second generation iPad (if I ever decide to buy an iPad because I don't think I'll ever justify such a purchase at the current price, but let's wait and see what happens). Of course, by then Apple may be getting ready to release a fully-functional tablet called the iTablet (or maybe even the iSlate) and revive these names that we thought were dead. Maybe the next iPad will come with an active digitizer and a stylus pen (in addition to a multi-touch capacitive screen).

There's no doubt that the iPad is a great piece of technology and I'm sure it will revolutionize the world of mobile computing. I'm an early adopter, but I already have too many early gadgets. Maybe I'll be really lucky this year and win an iPad in some type of raffle.
Posted by Unknown at 3:24 PM