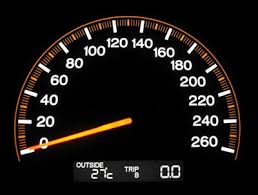 PC World is reporting that Windows 7 may not be much faster compared to Vista. I've found that these types of speed tests and other studies must be interpreted very carefully. If you have a super fast PC and you're comparing Vista vs. Windows 7, you may not notice much of a difference. Both will run very smoothly and efficiently because your PC has the horsepower to run either operating system without much effort.

However, if you have an older PC or a slower PC such as an ultra-mobile PC, then you will notice significant performance differences between Vista and Windows 7. I think I've installed XP, Vista, and Windows 7 on over 15 different computers. The biggest speed differences occur when you're using a PC that has a single processor (like an older notebook that has a Centrino processor or an ultra-mobile PC - also called an UMPC). These computers often don't make it through such speed tests and they failed to get mentioned.
Posted by Unknown at 3:40 AM