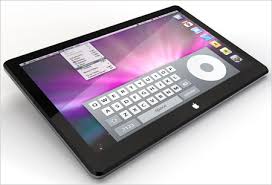 Rumors about the upcoming Apple Tablet seem to never end.

Here are some of the latest rumors circulating on the Internet:
If this thing is really going to sell for $1k, then I'd have to think that this tablet will run OS X. If it's just an oversized iPod touch, then $1k seems way too ridiculous to me. $1k also is way too high for an e-reader that has a color screen, Internet, and some multi-media functionality.

So what's it going to be Apple? When will we see the real deal instead of all these fake images?
Posted by Unknown at 4:36 AM