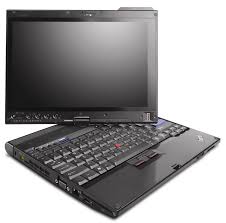 Lenovo refreshed the ThinkPad X200 tablet PC with a multi-touch screen earlier this year. That was in anticipation of Windows 7 since Vista or XP did not have any multi-touch functionality. In that refreshed line of X200 tablets, Lenovo apparently made some additional changes so that the new tablet has improved battery life compared to the original ThinkPad X200 tablet PC. The newer ThinkPad even has a faster processor! I'm surprised that Lenovo didn't rename the newer Thinkpad something like the X200s or X201 tablet PC.
Posted by Unknown at 5:16 AM